December 2013 in Murfreesboro, Tennessee, 14 year old Bryson’s and 19 year old Megan’s Imaginations were turned into a reality by receiving an ‘Imagine Me’ Bedroom Makeover through a program offered by BrittiCares International.  The Alterraun Verner Foundation (ATV) joined forces with BrittiCares to create life long memories and make dreams come true for two young patients battling cancer and ended their 2013 holiday season with Joy by providing them with a room filled with hope.

Both rooms were started on Friday December 27, 2013.  A volunteer crew started first at Megan’s room by removing furniture, prepping and painting walls. (Megan’s favorite colors are pink, purple and silver). Once the painting was finished, the volunteer crew met Jamie and Shirell Henderson (founders of BrittiCares) their young son Jaylen, Alterraun (starting cornerback for the Tennessee Titans) & Sinae Verner (Founders of ATV) at Bryson’s room, to begin removing furniture and painting.  The designs, décor ideas, furniture pieces and most accessories were chosen and or created weeks prior to the room makeovers by Designer/interior decorator Shirell Henderson as she states, “A lot of thought and love goes into each room to create a special feel for each kid.”

The crew worked late hours at Bryson’s room, and returned to work early the next morning.  Saturday was a repeat of Friday, however, this time, no sleep for BrittiCares Founders, as they knew they were on a time schedule and had to meet the deadline for the room reveals.  They were however lucky to take a break the next day on Sunday, to attend the Titan vs. Houston Texans game, which was the last game of the season.  It was truly a WIN – WIN, as the Titans won the game 16-10.  On top of Alterraun Verner giving back and doing an awesome deed, while working in one of the room makeovers, he received a phone call from his head coach and GM with great news that he had just been selected to play in the 2014 NFL Pro Bowl in Hawaii.  This is Alterrauns first Pro Bowl experience and Jamie and Shirell said, “He surely deserves it, as he is a man of Faith with a heart of gold.”

Sunday Evening December 29, 2013 after the game – The crew takes a dinner break after the game and then heads out to Megan’s to get a head start on additional prepping to have things ready for more volunteers to arrive early Monday Morning.

Monday Morning December 30, 2013 – Upon waking, BrittiCares receives a phone call from Channel 5 news that they loved the story and wanted to cover one of the bedroom reveals that afternoon.   Both room reveals were originally to take place on Tuesday December 31, so, with that being said, the crew had to dash over to Bryson’s house to finish his room,  since his was closer to being completed.  Long Story short, finishing touches were added including; a custom floating basketball rim side table, custom basketball bedding, pillows & curtains, a new flat screen TV, storage benches and so much more.  The room was ready just in time for the News Crew to capture the priceless moment of Bryson’s bedroom reveal.  Alterraun Verner accompanied Bryson as he walked up the stairs to open the door to his basketball dream room come true.  Bryson opens the door with an expression of amazement and said “Wow”. His favorites were the custom curtains, new TV and the chalk board wall. When asked what he had to say, he simply went to his chalk board wall and wrote “Thank You.”  There was not a dry eye in the room as Bryson, his family and all volunteers could now say “Job well done.”  Alterraun Verner and his teammates Jason McCourty and Michael Griffin signed Bryson’s chalkboard wall for a special keepsake.  Bryson is one happy 14yr old.

Bryson was diagnosed with leukemia (ALL).  He is in remission and completed his last chemo treatment in October of 2013.

Room one is now complete – The crew goes out for a quick dinner break after which, they head over to Megan’s room to finish up for tomorrow mornings room reveal.   Volunteers including Melissa Ortiz, Michael Griffin, Jaylen Henderson, Jason McCourty, Titans Chaplain Reggie and Jessica Pleasant (who showed up like Angels at 1:00am because it was on their hearts to help), along with BrittiCares and ATV, worked through the night until early morning to make certain the room  was complete and ready to Wow Megan.

Tuesday December 31, 2013 11:30AM – Megan arrives home to her ‘Imagine Me’ bedroom reveal, accompanied by her two sisters.  Upon entering the room, she was overwhelmed with surprise, and could not believe the room was hers.  Needless to say, she loved the colors and sparkle, including; a mirrored dresser and matching night stand, new mirrored closet doors, bedding, custom curtains and pillows with added crystals and stones, a new chandelier, along with many other beautiful décor. She was very excited and grateful to start a new year with a new room, filled with new hope for her future.

Megan was diagnosed with stage 4 Hodgkin’s Lymphoma at the age of 18, and has been in remission for 9 months.

BrittiCares Founders Jamie and Shirell Henderson say this was their first experience completing two room makeovers in four days as well as completing one out of state.  They said it was a slight challenge, however, mentioned they had so many people, including; strangers and passerby’s willing to help make the process smooth and successful, and that the rewards of seeing the kids’ faces during the reveals were absolutely priceless.

When doing an ‘Imagine Me’ Bedroom makeover, Jamie & Shirell Henderson say they put their full hearts, love and passion into each room as if it were their daughter Brittiana’s.   Britt received the first ‘Imagine Me’ Bedroom makeover at the age of 10, during her battle with bone cancer (later leukemia), and with excitement told her parents, “This room makes me feel so happy and hopeful, I think every kid with cancer should receive a room of their dreams.”  In honor and memory of their daughters wish, it is BrittiCares dream and long term goal to grant an ‘Imagine Me’ Bedroom Makeover or other ‘Imagine Me’ Dream program to every patient whose heart desires one.  With continued supporters, sponsors, donations and volunteers, each dream can truly be fulfilled.

On behalf of BrittiCares, they would like to thank the ATV Foundation for partnering up with them to make dreams come true and create hope, happiness and emotional healing for two amazing young kids and would also like to thank Channel 5 News for their support and for providing coverage for Bryson’s room.  A huge “Thank you” goes out to all volunteers (Melissa, Dominique, Michael Griffin, Jason McCourty, Coty Sensabaugh, Jaylen, Reggie & Jessica Pleasant, Julie, Steve, Sarina, Angela, Bob Hyde, Derrick Tinsley, and others that donated furniture, Art, made financial contributions and or donated gift cards) for  their selfless acts of giving, compassionate hearts and willingness to make a difference in the lives of others.   To Megan, Bryson and Family, we Love You! 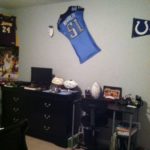 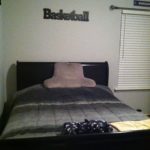 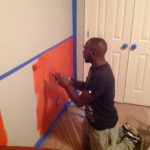 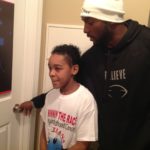 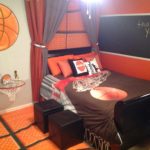 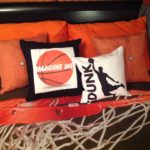 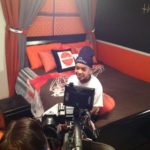 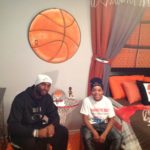 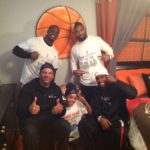 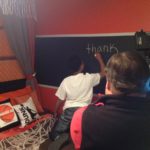 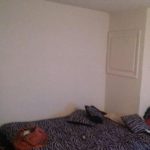 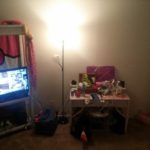 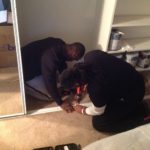 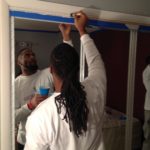 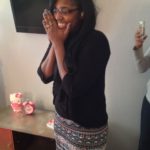 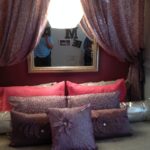 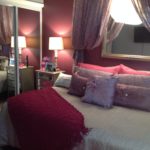 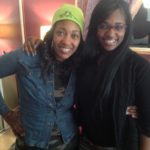 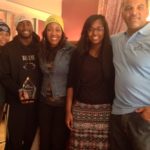 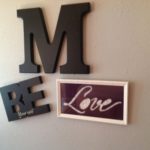 To learn more about BrittiCares and the ATV foundation please click on the links below. 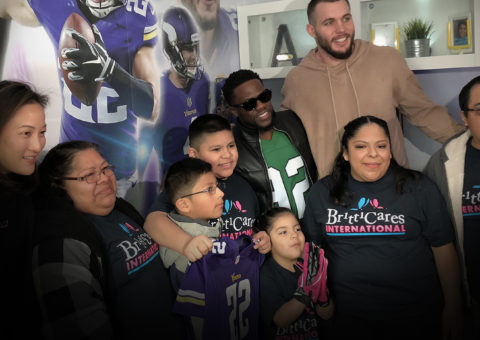 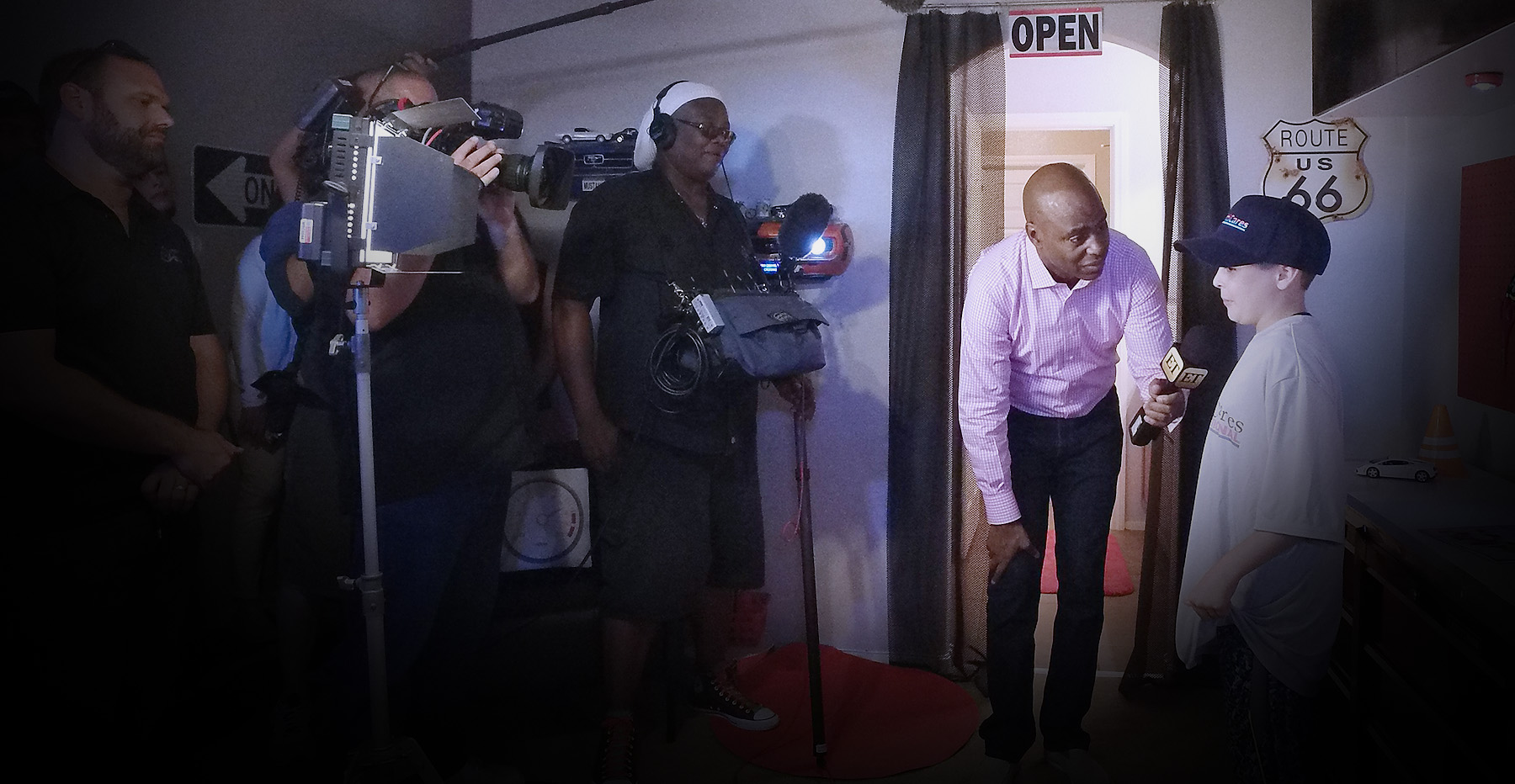